Cats and the City, Pet Insurance 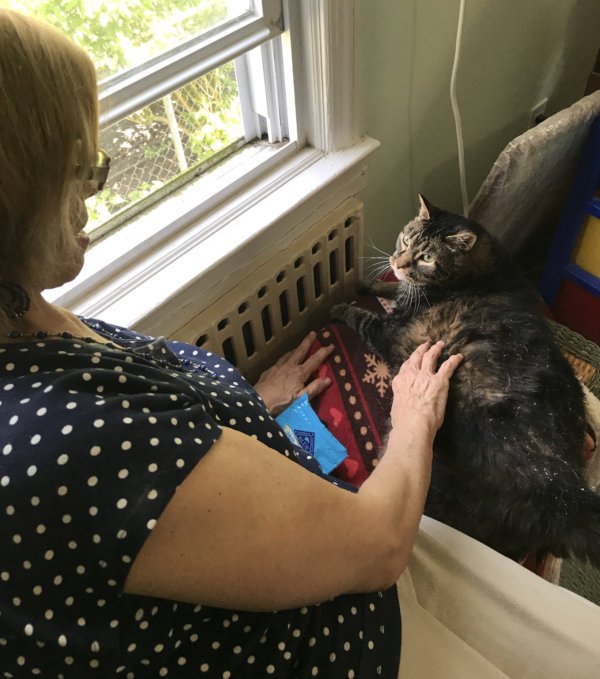 As a dog lover for many years, it was very hard for me to imagine that I would ever become a cat owner. My feelings towards cats changed when a neighbor asked if I would be willing to feed her two cats when she was away for one month in India. Initially, I thought I would just fill their food bowl and change their water twice daily and make a hasty exit . Instead I found myself intrigued with the unique personalities of the two cats which were completely different from the aggressive friendliness of the dogs I had owned. I learned how to earn the cat’s trust and looked forward to my playtime with them each day. I also began to appreciate the lack of loud barking which was a constant from Holly, my beautiful beagle spaniel .When I bought a house, Holly decided that she was the mayor of the block and would bark constantly, If I should take a day off from work, it was impossible to sleep peacefully because of Holly’s continuous barking. Of course, Holly was a delightfully wonderful play companion for my two daughters who adored her. When they grew into adulthood and moved from the house, and Holly had long since passed, I decided that I would adopt my first cat Rosey. I was invited to meet a litter of kittens by a young teacher that worked in my Social Studies Department because he wanted to make sure these kittens went to loving homes. At that meeting, Rosey walked over to me, snuggled up and thus she adopted me. Fourteen years later, Rosey continues to snuggle up to me, want head rubs and shows her pleasure and sweetness with loud purring. I worked every day outside of the home so I thought Rosey could use a companion. I found Soda in a cat adoption ad in Newsday. Soda, aptly named because of her beautiful mixture of red, white and black coloring ,is a Tortoise Shell cat who has what is known as “tortitude”- an attitude of possessiveness for me and a streak of independence that can make some believe she has disappeared .Whenever Soda hears me talking on the phone, she feels that she should be included in the conversation, as her right to her time with me has been violated.

In the next couple of years , I acquired two more cats-Charley (a Morris look alike) and Lorenzo(a black and white-Tuxedo cat). Charley was given to me by a woman who did the makeup for my younger daughter’s wedding party. She found that she was allergic to the cat and since she and I worked together, she felt that Charley would be loved and welcomed. I felt that Charley would need an ally so that he would not be the odd man out, so I was thrilled when I saw this beautiful kitten up for adoption in my veterinarian’s office. I kept Charley and Lorenzo together in one room with their food and a litter box as I gradually introduced them to Rosy and Soda. Within one week, all four cats became friends with each other and definitely my beautiful friends.

On February 15,2015, there was a fire in my house and my boyfriend Fred and I had to evacuate at nine pm in seven degree weather for several hours. The actual structure of the house remained intact and while the cleanup and restoration began, my beautiful felines remained hidden somewhere in the house. I prayed that they were alive and had survived the cold and shock of the experience. I left food and the cleanup crew, most of whom were animal lovers, assured me that the food was being eaten. For several days after the cleanup crew left. I went to the house and was able to rescue the cats and bring them to the vet where they would stay for about three weeks. Finally, they were able to join me in the temporary housing that I was living in ,until I could finally bring them home again.

Sadly, Lorenzo became quite ill when we finally returned home. The pet insurance that I had was very helpful in assisting with the many visits to the veterinarian that were necessary. Although the exact cause of his illness was never determined, I was still very appreciative to have a pet insurance policy at such a difficult time. I could see that my other cats missed Lorenzo. Having them at such a difficult time, was a tremendous comfort for me.

7 Memories to Make with Your Dog

From the very first...

Better Safe than Sorry…How I Wish I Had Enrolled Jonah With Pet Insurance Much Sooner.

Summer Is Here …………..Here Are 7 Tips To Keep Your Pet Hydrated and Cool.

Essential Pet Care Insights for Both Dogs and Cats

Pets have a unique way of...

Picking the Right Insurance for Your Pet

Most owners love their...

Finding the Best Insurance for Your Pet

We all want to ensure...

How to Safely Enjoy Spring with Your Dog

Springtime is here and...

Why Pet Insurance for Cats is Important

No one wants to think about...