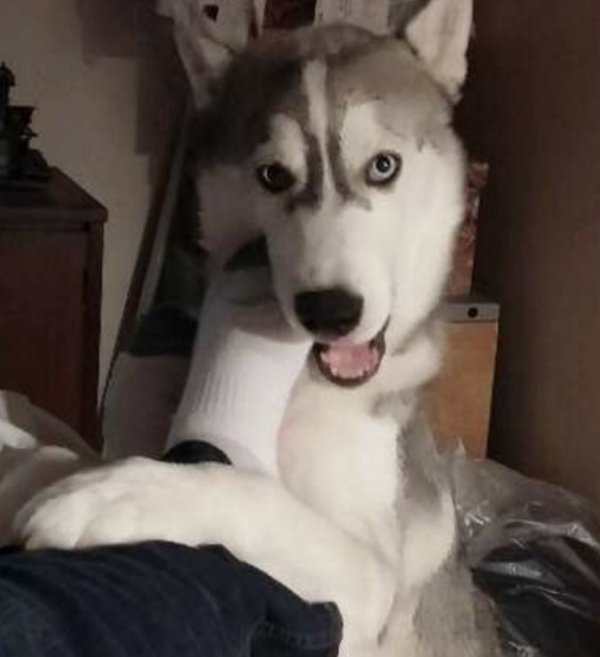 On November 29, 2017, I had to make the excruciating decision to put my fifteen-year-old German Shepherd/Australian Sheep dog Max down. He was my son Pavlos’s first dog and an integral part of our family. Anyone who has been lucky enough to experience the unconditional love and dedication of a four legged family member, knows exactly what I am talking about.

The tears that lasted for months, the heartbreak and the memories left us feeling like nothing could ever be right with the world again. By January 2018, I couldn’t take the sadness anymore, so I decided it was time to try and welcome a new puppy into my life. This time, I decided that I should get a much smaller breed. I told my friends and family to look out for a dog that would be no larger than ten pounds fully grown. My son would constantly tell me “no mom, no more animals. I can’t ever love another animal. He explained to me that he did not want to betray the memory of Max who had been his pet from the age of six. I considered his feelings, but being a lifelong animal owner, I knew that I couldn’t live without one. I took my time searching for a puppy, making my specifications very specific. I hoped that the time to find the right puppy would also give my son the time he needed to grieve.

Then one afternoon in February, my best friend texted me a picture of a puppy that was available. There in front of me was the image of the cutest little blue eyed puppy. Without even hesitating, I texted her back that I definitely wanted him. My friend was concerned that I was rushing things but I assured her that it was too late, because I was already in love. My excitement turned to panic when I remember my son’s words.

I knocked on his door and with a nervous smile I said, “I got a puppy and he’s on the way here”. To say he was upset would be an understatement. I don’t know how long he was scolding me when the doorbell rang. With my son sitting with an angry expression and his arms crossed, I opened the door to the cutest puppy with ice blue eyes. I was feeling total satisfaction and love on the one hand and guilt about my son’s reaction at the same time. I put the puppy on my son’s lap when he proceeded to lick his face all over, jumping all over him. My son’s arms became uncrossed. There is nothing more beautiful than experiencing the magic of someone who learns to love again. We spent the rest of the day playing, hugging. kissing and loving our new puppy. We did some research and found out that our new puppy was a Siberian Husky. He came with no papers but that’s story for another time. My son had the honor of naming him Ares (Greek God of War), and that’s where our journey began.

Tips That Can Help Lengthen Your Pet’s Life

What You Need to Know When Looking for a Veterinarian

The health of our pets is...

Tips to Keep Your Cat Warm and Healthy This Winter

What to Do If Your Dog Eats Chocolate

We know how painful it is...

Planning to Adopt a Dog? Here Are a Few Things to Keep in Mind

There is nothing more...

7 Fun Ways to Exercise with Your Dog

Walking may be a very...